My name is Mattia, but artistically I am Mambo. I was born on November 3rd 1990 in Giussano, a small town near Milan. I started tattooing in 2010 and in 2016 I invented the style for which I am recognized: the destrutturato. In April 2018 I opened my tattoo studio, the Mambo Tattoo Shop, in Meda, 20 km from Milan.

I attended art school in Milan and I have always worked as a graphic designer for Brianza and Milanese nights, doing flyers and graphic propaganda for clubs. So I have always been interested in the world of graphics, logos, icons, etc. The simplicity of the logos helped me to create my destrutturato style, because transforming an image into a logo means simplifying it by keeping the basic lines but ensuring that any subject is equally understandable to everyone.

There has never been a real search behind this new style. it was born causally from a design I had made. The drawing in question was an ice cream that I had to prepare for a girl. I improvised and, luckily, she loved it; so I tattooed it. The tattoo was successful right from the start. In fact, I received many requests for other tattoos in this particular style, which gradually became my tattoo style.

To develop my destrutturato tattoos I start from an idea of a basic subject that comes from the client and then I work on it. Subsequently, I submit to the client the graphic ideas that I consider the best from the point of view of beauty and understanding. I work on the subject until I think it is ready to be tattooed, that is until the interaction between the wide black lines and the color is well understood; the objective is that the juxtaposition of these two elements can tell a complete story. When this happens it means that the tattoo works. 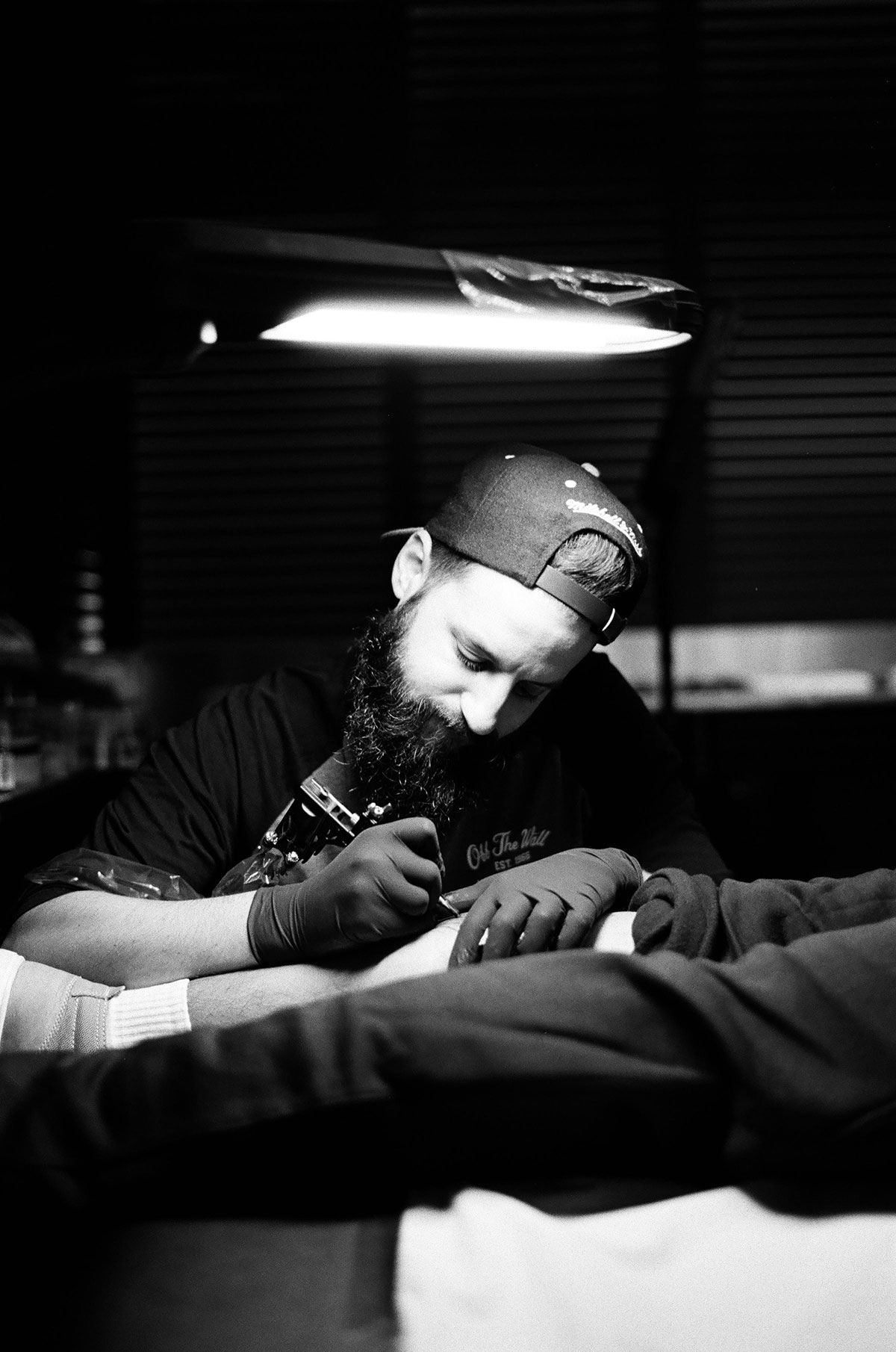